Q: What color is Misa's hair?

A: In Return to the Castle, Misa's hair is referred to as black, dark and reddish-brown.  A few readers have pointed out this discrepancy. 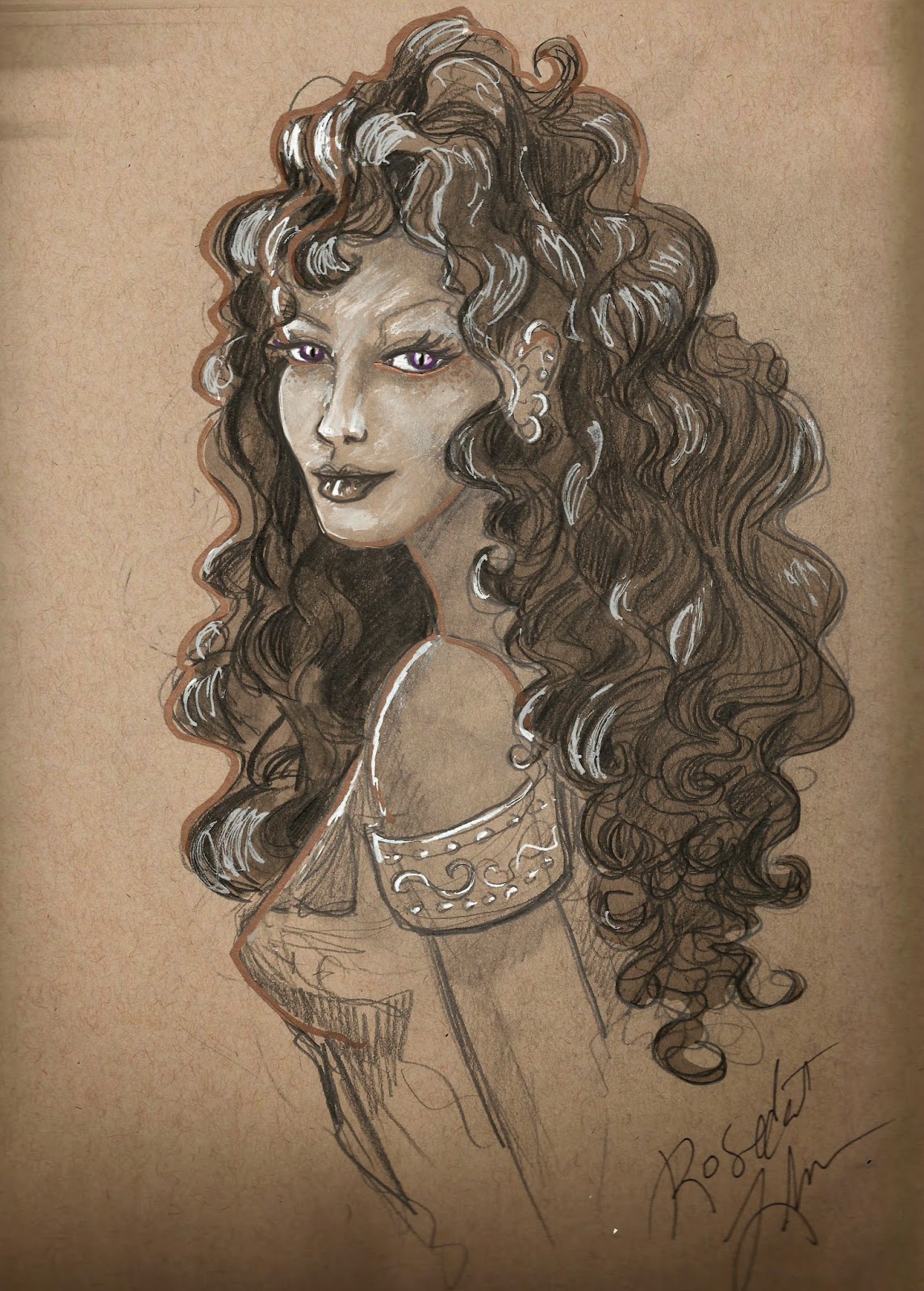 As an artist, I suffer from the curse and blessing of not thinking of colors in absolutes. A color is what it is at that very moment, whether it be the grey of a river on an overcast autumn day or a chamber basked in the orange glow of the dying sun.

Have Centernia questions? Contact us!
Posted by Rose Cat Khan at 7:18 PM No comments:

Email ThisBlogThis!Share to TwitterShare to FacebookShare to Pinterest
Labels: Q & A 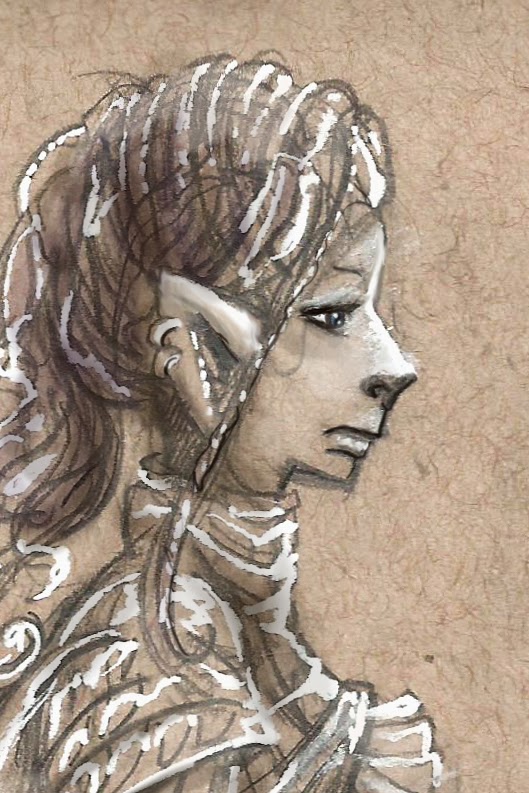 Daywatch and Nightwatch of Trabalis

The uniform of the Watch of Trabalis is a very traditional armor set.  The core of the armor's protection is an undersuit of black dragon hide.  As Misa once mentioned to Jessica, black dragon hide is a misnomer, as it comes from a water beast that is not a dragon nor is it black. Often this hide is a charcoal grey or brown.  The Watch of Trabalis will dye the hide a more vibrant color such as dark blue, deep green or crimson, depending on the district.

Over the black dragon hide suit, the Watch will wear metal armor plates.  Swirls and patterns are commonly added to the design of armor, giving it a distinct elegance.  As the Watch has not engaged in any major military entanglements in over seventy years, the armor focuses more on form than function. Despite the armor's decorative appearance, make no mistake, you do not want to engage in a fight with a member of this elite guard. Admittance into the Watch is difficult and the soldiers go through many years of intense training from a young age.

Typically the armor has both an ornate helmet and waterproof cloak.  The Daywatch armor is bright, shiny, and the cloak is a bold color.  The Watch is meant to be seen.  They are a visible presence meant to reassure the people and deter criminals. The Watch is often broken down into the Daywatch and Nightwatch. Their armor is very similar, but the Nightwatch will carry a staff with glowstones attached to one end.  The stone is set a few inches from the end of the staff. Some people prefer to carry the glow high and some prefer to keep it low to the ground near their feet. Often the level of a person's ailurian bloodlines will play a factor in this, as people who are more ailuro are more likely to have better night vision.

Weapons depend on the individual's preferences and assigned detail. Knives are always worn, spears, crossbows and swords are popular.  If a member of the watch has a tail, it is covered in a metal tail plate.

Due to the weight of the metal armor, the Watch must be very fit, well muscled and in perfect control of their physique.

The Guard of Aurumice wears very different clothing than the nearby Watch of Trabalis.  The Guard of Aurumice also has a very different mindset.  The Watch are career soldiers, they are employed to protect the entire city and enforce laws and order.  The Guard only protects Castle Aurumice and the surrounding land, making them responsible for the safety of their family and friends.  They also understand they protect the Gate to Earth.

The armor of Aurumice is centered around stealth.  The colors are typically dark, utilizing browns and blacks.

While the Trabalis Watch underarmor is made of black dragon hide, the Aurumician is made of the underbelly scales of the nighflight.  It is incredibly durable and not easily pierced by average weapons, yet has a remarkable degree of flexibility.  Nightflight scale armor is very expensive, which is one reason Trabalis uses the cheaper and less effective black dragon hide for its soldiers. Government members who control the budget for the Trabalis Watch often have their own privately employed guard.

Aurumice puts a serious investment into the members of their Guard as they are an integral part of the survival of the castlefolk.  Luckily, Aurumice has always had a very good relationship with the Holy Circus of the Auroriates.  The Auroriates have provided nightflight armor in exchange for goods from Earth.

Though the nightflight armor is excellent protection against piercing weapons, it is less protective against blunt trauma.  Typically additional pieces of armor with a little bit of padding are worn over the suit.  People will also wear pants and normal articles of clothing.  As patrol often takes place outside in cold months, matching jackets may also be worn over the uniform.

In Aurumician tradition, the uniform of the guard usually has some bit of decorative fur decorated into the design, usually at the collar.  This references the mane of Zaarek Phantaserra, commonly referred to as Lord Firewolf, the first lord of Aurumice.

Weapons are based on individual preference.  Usually members of the Guard prefer a combination of knives, a crossbow, and a staff.  Due to the influence of the Gate, occasionally rifles, pistols and other firearms from Earth make their way into the hands of the Guard, but it is not common.

Tail armor is often used by members of the guard who have tails.  More skilled members will wear spiked armor, the more spikes indicative of their skill level.  It is very easy for one to injure themselves or another with tail spikes so it takes a great deal of discipline to wear the weapon.

Members of the guard will wear helmets, but the helmets are light in order to allow for hearing and vision to not be obscured.  There have been many debates if helmets should be mandatory for the guard.

The Guard of Aurumice handles around-the-clock patrol of Aurumice and participates in daily morning drills.  They are also responsible for training all castlefolk in basic defense and combat. Everyone participates in individual training at least once a week, learning different fighting skills.

The sparring suit and the games of Ribbons and Stones evolved from this training of average 'folk. This suit is lighter and made from black dragon hide.  The hide suit is not usually worn if someone is participating in hand-to-hand combat, but used when working with weapons.

The armor is built with special attachments to add either Ribbons or Stones.  In a game of Ribbons, the goal is to grab your opponent's ribbons while defending your own.  Ribbons is considered the easier game.  In Stones, shiny gemstones of varying sizes are clipped into special insets.  It is much more challenging to dislodge your opponent's stones, and the fighting often takes an aggressive tone using metal weapons.  Stones is always played with the black dragon hide and in some cases the full nightflight armor of the guard is worn as there is a greater chance for injury.

Unlike the Trabalis Watch, who dyes the black dragon hide, Aurumicians leave its natural color.  In times of emergency when everyone is expected to fight, people will don sparring suits. The dark earth tones make it much easier to hide in the hidden passages of the castle and the forest.

Posted by Rose Cat Khan at 2:06 PM No comments:

This weekend we returned from the first con of the year, Genericon.  It was awesome meeting the crowd out at Rensselaer.  Now we have Anime Boston and Tora Con coming up in April.

I just finished the art for an article on armor in Centernia.  You can expect to see that article popping up soon.  Book Two is progressing at a good pace, I'm now muddying through that editing process, ripping out chapters, writing new ones.

People have been asking questions about the second book. We're not letting Nico die in the Mines of Briken... I can also say that we will be seeing a bit more of Polaris Aacademy and the Holy Circus.  Also, gryphons.

Today I'm pulling a song from my playlist, Lost it All by Black Veil Brides.  This song always reminded me of our favorite theatrical trickster, Malachi.  Were his intentions really bad, or his execution simply ill-planned?  What is it about this man that we didn't know?

Email ThisBlogThis!Share to TwitterShare to FacebookShare to Pinterest
Labels: Playlist

During NYCC, we met Donna Rosenblum, a really awesome cosplaying librarian who also happens to be a book reviewer.  She wrote a review of Centernia, which is posted here:

http://centernia.com/reviews.html
Posted by Rose Cat Khan at 8:18 PM No comments: 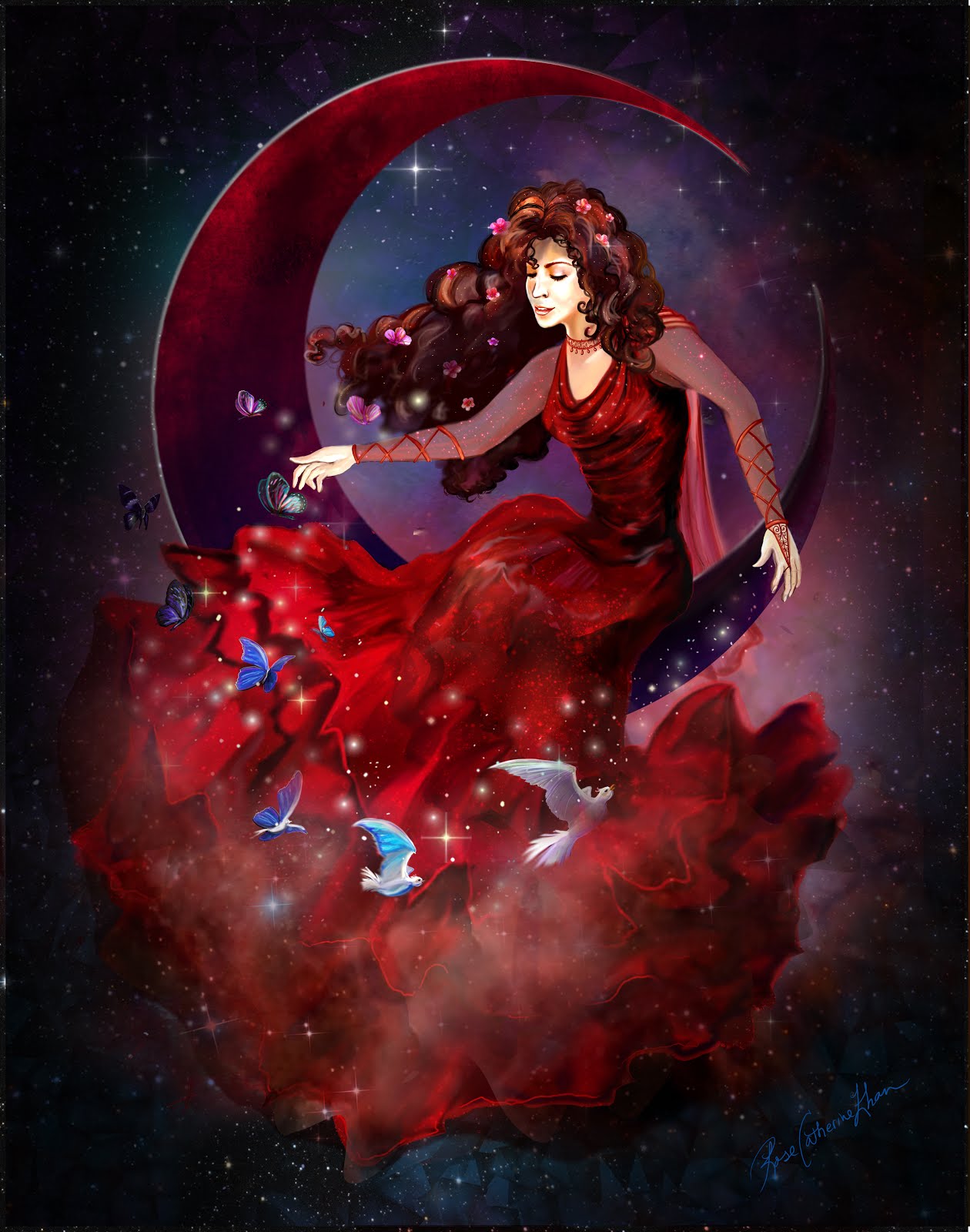